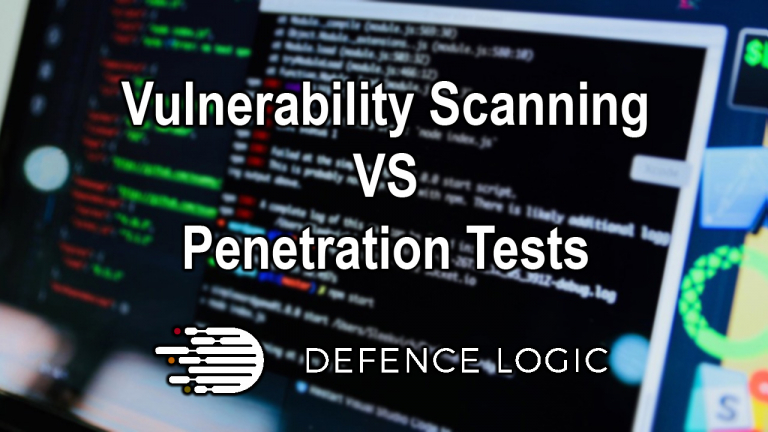 We are continuously hearing how vulnerable organisations are to cyber-attacks. So, there is no better time to get yourself clued up about vulnerability scanning and penetration testing. Whether the data is personal or for a client, it is imperative, now more than ever, to make sure that your data is secure. Vulnerability scanning and pen-testing are two main ways to check that you are doing the right things to keep your data safe from online threats.

What is a Vulnerability Scan?

There are many different types of scans to choose from including:

A wireless scan identifies rogue access points to validate that a company’s network is securely configured.

A host-based vulnerability scan identifies vulnerabilities in servers, workstations and other network hosts. Whilst providing greater visibility into configuration settings and previous patch history of scanned systems. Host-based scans can also provide insight into the potential damage done by outsiders and insiders depending on the level of access granted or taken on a system.

A database scan identifies the vulnerabilities in a database to help prevent malicious attacks.

An authenticated vulnerability scan allows the tester to log in to a system as a user and see the vulnerabilities as a trusted user.

An external vulnerability scan is conducted from outside an organisation’s network, targeting IT infrastructure that is exposed to the internet including, web applications, ports etc.

An internal vulnerability scan is conducted from within an organisation. These scans allow the tester to scan systems that are mainly not covered in the external scan. An internal scan can detect issues such as: Threats posed by malware and identify “insider threats” posed by contractors and disgruntled employees.

What is a Pen-test?

A penetration test (or pen-test) can also be conducted to find known and unknown vulnerabilities in a system. Pen-tests are more hands-on and require very talented people to conduct them. A pen-tester will first try and find vulnerabilities within a system and safely try to exploit these vulnerabilities to see what data could be stolen. Pen-testers use everything from social engineering and phishing attacks to brute-force attack. This is to give a realistic example of how good an organisation’s security is. Examples of pen tests are web application tests, network security tests, internet of things security tests, cloud security tests and social engineering.

At Defence Logic, we use risk ratings to classify the risk of the vulnerabilities found inside an organisation. This is based on a CVSS score. (This stands for the common vulnerability scoring system.) This provides a numerical representation of the severity of the vulnerability found within the organisation. As you can see below, numbers range from 0-to 10. 0 – 0.9 represents a vulnerability that is extremely difficult to exploit and no action is needed to make it secure; and 9.0 – 10.0 represents a vulnerability that needs to be resolved as soon as possible due to it being easy to exploit. It should be noted that risks are classified according to technical severity, which does not evaluate any compensating controls that may be present. 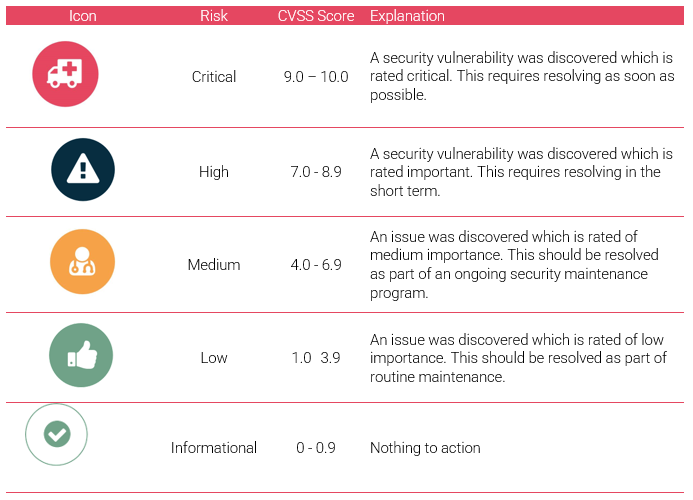 What is Better for My Organisation?

The simple answer is that it depends on the information about your security you are looking to get. Vulnerability scans, in its simplest form points out what is vulnerable in your system. Whereas pen-tests find the same vulnerabilities, they are also exploited to show what data can be gathered and how severe the vulnerability can be for your organisation. If you are looking for a pen-test or a vulnerability scan Defence Logic offers these services and is available for a no-obligation, confidential chat on +44 (0)1534 515400. Or send us an email: [email protected].
PrevPrevious
NextNext